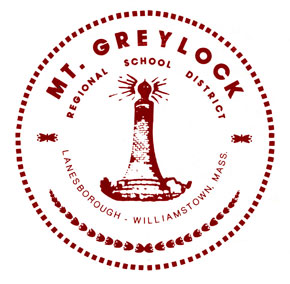 On Thursday, the Mount Greylock Transition Committee decided to keep April vacation as part of the school calendar. The committee made this decision against a backdrop of resonant student voices and an upcoming academic year already characterized by change. This news comes as a relief to many students and teachers alike who had heard about the possibility of the elimination of April break and were firmly against it.

The proposition of April break’s disappearance was largely motivated by a hope to see an end to the academic year earlier than what may be the case in the event of abundant snow days. Joe Bergeron, chair of the Transition Committee, explains that “an almost universal sentiment within the community is that staying in school as late as we are this year is undesirable.” Bergeron notes that “it’s unlikely that we have enough snow days to push us into June 30th,” which is the last legal date to hold school, “but our only remedy would be to implement extended school days to get back enough ‘lost’ time to get it all in prior to June 30th.” With these factors in mind, superintendent Kim Grady proposed a calendar in which two three-day weekends would occur on both ends of the week that would typically be vacation. This set-up would allow for a slightly earlier end to the school year: June 13th without snow days, and June 20th with. Grady’s proposal was “a very valid option that we and the administration wanted to entertain,” explains Bergeron.

While the long weekend proposal may have saved kids from attending school right up to the end of June, many members of the student body saw the elimination of their vacation as much more destructive than helpful. Sophomore Maddy Art expresses this sentiment, claiming that April break is “the ideal time to start studying for AP exams while not being bombarded with new curriculum” and “a time to tour colleges while they are in session.” Academically, the week can give students needed time to begin preparation for the often hectic last months of school, full of standardized tests and exams.

Some students also believe that a break, even if it is not packed with college visits and travel, can have significant benefits for high schoolers. “February to June is a long stretch that can feel even longer with Western Massachusetts weather,” Art says. “Having a break from normal schoolwork in this time can have noticeable effects on mental health, even if students are remaining in town.”

Next year, Mount Greylock students and faculty will be facing the challenge of learning in a new building, full of new technology and potentially a new schedule. In the face of such change, the Transition Committee, which would surely desire a smooth transition, also considered keeping the week to be valuable in terms of not seeing too many alterations. “Adding another change weighed heavily on our decision,” claims Bergeron. This concern was voiced not only by the Transition Committee but by students like Art, who expect that “keeping the yearlong schedule as a constant will make the move smoother.”

Opinions of students, faculty members, and community members ended up triumphing over the year-length concerns addressed in Grady’s calendar proposal. However, the Transition Committee’s decision does not mean that the school will not continue to find ways to prevent the academic year from reaching the last days of June. One possibility that has been proposed is Blizzard Bags, also known as Alternative Structured Learning Days. This concept, which has been embraced by other high schools, involves students being assigned work that they would be able to do during a snow day, so that the cancellation would not result in another day being tacked on in June. While Blizzard Bags are seen as an attractive option for resisting the impacts of snow days on the calendar, it may be some time before the project’s details are fully explored and the program goes into effect. “I think we’re interested in it, but it would take work over the summer and fall to make it possible,” states Bergeron. “We’ll keep the topic in front of the school community to see where it goes.”