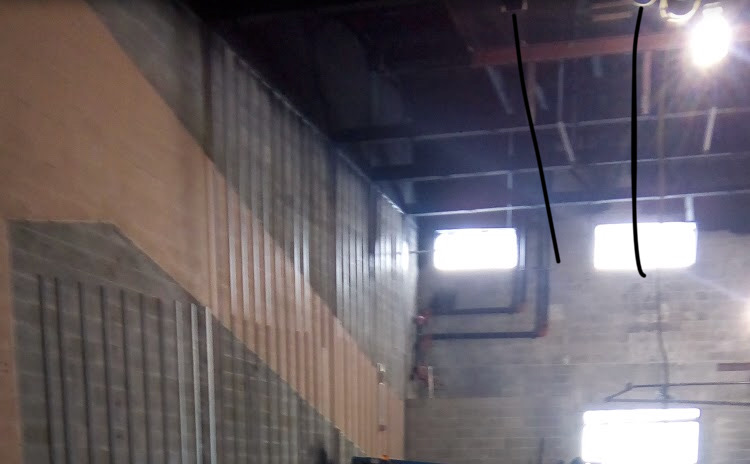 On February 19th, Mt. Greylock students and families were sent an email from Mary MacDonald, announcing that the school had earned its Certificate of Occupancy from Williamstown. This means the building is now fully opened: even the long awaited auditorium.

This new comes almost seven months after the rest of the building opened for the 2018-2019 school year. The auditorium was built upon the same footprint as the auditorium in the old school, and the similarity when entering is striking. But small design and technical features certainly set it apart from its older counterpart, including a new floor plan to make it more wheelchair accessible. Due to the new adjustments, the auditorium is a bit smaller than the old one.

Teachers have already begun to take advantage of the new space. Ouisa Forhaltz, the orchestra and chorus teacher commented on bringing her chorus class into the auditorium, saying “it really sounds great in there. We were right up at the front edge of the stage…it’s better than [the old auditorium] was acoustically. The acoustics were really rich and wonderful.”

Good acoustics can only be expected with the prolonged opening time of the new space. All performances by Greylock students in the past three years have had to be done in venues off campus, including the ‘62 centre at Williams. Jeffrey Welch, the director of this year’s Spring Musical, Hello, Dolly! commented that “it’s pretty exciting. You’ve got seniors here who have never performed in the school auditorium because its always been closed. It’s exciting to be the first people on the new Mt. Greylock stage that aren’t workers.” Olivia Winters a sophomore in the musical, also shared her thoughts: “overall the chaos has been really fun and we’ve definitely been more determined this year just because it has been a little bit confusing.”

Unfortunately, the celebration was short lived concerning the opening of the auditorium. Just two days after the Certificate of Occupancy was confirmed, the auditorium has been closed again due to technology factors needing to be fixed. “We were allowed to practice for two days and then we were kicked out again to the cafeteria. No one had first directly communicating this with me, but apparently there was faulty equipment installed in the fly system above the stage that they   have to replace.” commented Welch. This issue is especially pertinent to the director and cast members of of the musical, seeing the scheduled dates of March 22 and 23.

The auditorium is planned to be opened by then but, as seems to be a pattern with the final touches on the new building, the construction and opening processes are very touch and go. When asked about the status of the play and whether it will be put on in the new auditorium, Welch said, “that’s the plan. Since we cancelled our reservation Williams, we really don’t have much of a choice.”

Mary Macdonald said that “there is some continued work happening in the day. Hopefully it will be done by early next week if not finished sooner but they have to do some adjustments on the flys in the back. But we’ve had a great test with the sound during this last presentation. I expect that we will see Hello, Dolly! in there.” Both workers and faculty members are continuing to make the auditorium ready for use once again, as the original feedback on the new space has been nothing but positive.