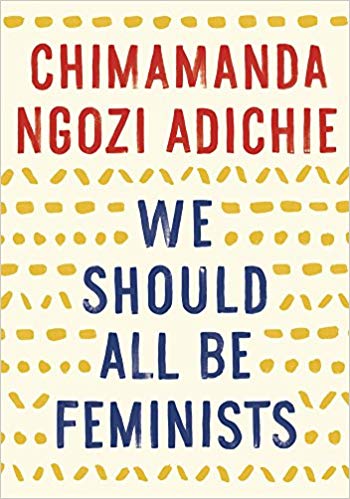 Being a feminist, and supporting women in general, should be something that is second nature to everyone. But Adichie gave her now famous TED talk, We Should all be Feminists for a reason. Women, especially in the age of Donald Trump and the MeToo movement, are really not given the equality. A caucasian woman earns 77 cents on the dollar to a man, and an African American women earns 64 cents on the dollar according to Makers. 62 million women are denied equal education across the world and only hold 4.8% of CEO positions. Women’s ideas and perspectives are highly unrepresented in workplaces, leading to a lack of diversity in how our society views the world. Empowered women benefit society, families, and most importantly, their own success. It’s obvious that we need both women and men advocating for feminism.

Unfortunately, in my experience, feminist is a scary word. Almost a trigger word, if you will. What comes to mind is an angry woman screaming for the sake of screaming. That, in itself, is a really sexist image. Women are allowed to be angry. We are allowed to have emotions and passion and should never, ever be told to “calm down.” Women have been silenced for too long throughout history to be silenced now, in the 21st century.

But screaming, anger, and actually being a women are not traits that fall under the definition of a feminist. A feminist is, plainly put, anyone who believes women should be treated equally as men. There are all different kinds of feminist, from those who are out in the streets, protesting, to those who are simply voting for female candidates. A feminist is any dad who believes his daughter’s sports team should have equal opportunity as the boys team. A feminist is any brother who supports his sister’s quest to get a high powered job in a male dominated industry. Feminists are everywhere, whether they identify themselves as one or not.

Despite feminism being much more general than perceived, people tend to shy away from the term. Its negative connotations bring on an entirely new slew of meaning, emphasized by our patriarchal society. Men think expressing their support of women makes them “weak” and “unmanly.” We need to come together to overwrite these connotations, and that begins with everyone not just being a feminist, but being proud to be a feminist. We must start educating ourselves and our peers, especially men, about the inequality women face everyday and continue to use our voices passionately for a future where a feminist is not just respected, but is something we can all identify as.