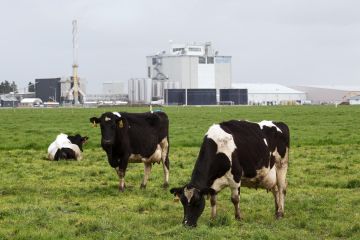 I can already hear the groans. Not another preachy vegetarian to shame me for my choices of what I put into my body. Before you stop reading, though, give me a chance — when I stopped eating meat in December, I vowed that I would not be loud about it or act like my decision made me superior. So, instead of lecturing, I’ve come with a small lifestyle suggestion that will reduce your role in climate change and make you feel empowered. Join the growing community of people giving up meat one day a week: adopt meatless Mondays.

By now, it’s well-documented that omitting animal products from your diet is the single biggest thing that an individual can do to reduce their carbon footprint. According to a study from Bard College, the average American contributes almost 2,000 pounds of dioxide emissions annually through beef consumption alone. Beyond greenhouse gas emissions — the force most recognizably associated with climate change — livestock takes up 83 percent of farmland but only accounts for 18 percent of calories consumed, according to an Oxford University study led by Joseph Poore that looked at 40,000 farms in 119 countries.

In addition to land for grazing and housing the livestock itself, land must be used to grow the crops to feed the livestock. By cutting out the middle step and eating the crops themselves, we would use land more efficiently, drastically cutting our role in habitat destruction and extinctions. If the 17 percent of farmland dedicated to food other than livestock generates the other 82 percent of caloric intake, a plant-based diet is clearly more efficient. There are degrees of efficiency in raising livestock, but ultimately, according to the Oxford study, the most sustainably raised beef still requires 36 times as much land as and emits six times the greenhouse gases of plant protein.

Because eating meat affects everything from carbon dioxide emissions to deforestation to mass extinctions, Poore found that the result of having a vegan diet “is far bigger than [that of] cutting down on your flights or buying an electric car.” Most of us feel panicked about the state of world that we’ll have to live in as adults and want to do all we can to lessen climate change, so this conclusive evidence should simplify our environmental decision making.

But, it doesn’t. I know that it would be even better for the planet if I went vegan, and yet I don’t. Eggs are a major source of protein for me, and, as selfish as it may sound (the future of the planet is at stake!) cheese really does enhance my life. Plenty of people feel that way about meat, and giving it up would be a lifestyle change too large to feel feasible. I completely understand this. The implications of climate change can seem distant, and your lunch is right in front of you.

Just as there are degrees of efficiency in livestock farming, though, there are degrees of meat-eating. That’s why I’m suggesting adopting meatless Mondays. By just sliding further from the carnivorous side of the animal consumption scale once a week, you can slide down on the scale of climate change contribution. One day each week of a plant-based diet would eliminate a seventh of those 2,000 annual pounds of carbon dioxide emissions. As the official Meatless Monday organization points out on their website, “Skipping one serving of beef every Monday for a year saves the equivalent emissions to driving 348 miles in a car.”

While it’s easy to feel like it’s impossible for individuals to prevent climate change when the real power lies in the fossil fuel industry, if institutions like schools and dining halls were to adopt meatless Mondays, they would save the emissions of each person they serve driving 348 miles. On a large scale, it requires fewer mental contortions to understand how a small dietary change could combat the disasters of climate change.

As an individual, living in a more environmentally friendly way feels empowering. Going meatless on Mondays would demonstrate a commitment to saving our planet, have minimal interference in our lives, and be pretty tasty at the same time. As for me? I’ll be working on cheese-less Tuesdays.