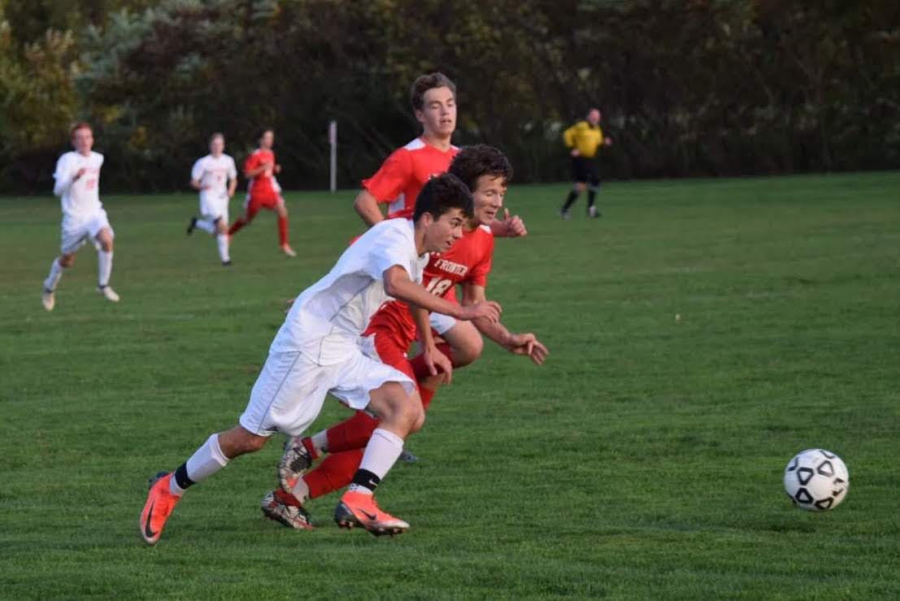 The Echo interviewed Finn Welch, a senior and captain of the Greylock Boys’ Soccer Team, about his interest in and passion for soccer.

Echo: How long have you been playing soccer for?

Welch: I’ve been playing since I was about five, and my first word was “ball.” Soccer is a big thing in my family, so as soon as I could walk I started playing. Then I started a youth program when I was in kindergarden.

E: What position do you play?

W: I play striker for Greylock but my normal position is attacking midfield.

E: As a captain, what do you find are the best ways to inspire the team?

E: What are some ambitions for the team this year?

W: The main goal is to win Western Mass, and it is definitely doable this year. We’re working towards that ,but I think some smaller goals are to win the North County division, so be the top of our league and get a decent seat in the Western Mass playoffs.

E: Do you play on a club team?

W: I do. I play for the local team, Ajax, which is similar to a town team but we play in a New York league.

E: Are there any sports aside from soccer that you play?

E: Do you follow professional soccer and if so, do you have a favorite team?

W: Yes, I support Chelsea. It’s in the premier league, which is the English league. I watch a lot of soccer, basically every weekend.

E: Have you ever had any major injuries that prevented you from playing soccer for a time?

W: I had a broken foot when I was a sophomore that took me out until Western Mass, so it was about five months. The other significant injury was a broken collarbone and dislocated shoulder in ninth grade, which caused me to miss a spring season.

E: How do you handle both schoolwork and soccer at the same time?

W: It’s not always easy to manage school with sports. Over the years I’ve had to learn how to not procrastinate because of practices until five every day. I’ve learned to be efficient with my work so I can get a healthy amount of sleep because that’s important for both school and sports. I think generally I just map out when assignments are due next to my game schedule and plan accordingly.

E: What part of soccer do you love the most?

W: I definitely like the team aspect of it. I think you create a really close bond with the other guys, but I think the physical aspect is another fun one just because I definitely like to run and get fitness in. It’s running with a purpose, and I’ve always been saying that with soccer I still get to run. With cross country you’ll run a lot, but for soccer you also get the team aspect as well and you get to work hard with your friends and your teammates.