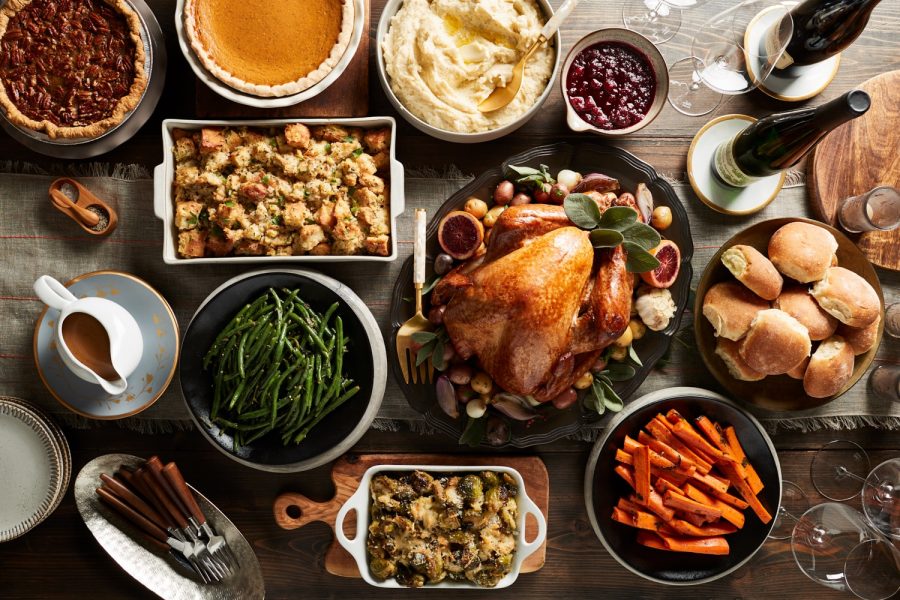 Weeks ago I sat in a classroom tracing turkeys. Red, Orange, Yellow, Brown, the pencils skated around my hand. And for what purpose? To create a gaudy and misshapen sketch bearing almost no resemblance to the chestnut plumage and regal appearance of the North American Wild Turkey.

Similarly, Thanksgiving is one of our most mythical and misconstrued holidays. It is based almost entirely on conjecture as the details of the fabled first feast are few and far in between. We still are unsure of the exact date of the harvest feast, although we know one occurred in Plymouth Colony in Fall of 1621. And all though turkey may have been on the menu, it’s unlikely now familiar dishes of pie and bread stuffing were present. The first national Thanksgiving holiday itself was declared more than a century and a half later, and the story of the Pilgrims created around the event appeared around 1900. Only at that point, nearly four hundred years after the feast itself, was the traditional tale fabricated from a then spotty record.

We’ve all heard the story of the “Native Americans” helping the Pilgrims to survive by teaching them how to farm the new land, and the Pilgrims responding by celebrating with a feast. This fairytale is valuable as a teaching tool for modeling good qualities of gratitude and cooperation. However, it fails utterly in accurately representing the reality of colonial Massachusetts.

First of all, the myth tends to create the formless characters of “Native Americans” rather than attributing the story to the Wampanoag, who were the tribe present at the feast. In addition, the story presents the colonists as bravely persevering in a wilderness, which was in fact full of thriving Native American culture.

But the biggest mistake the tale makes is taking one season of peace between the two groups out of context, as in reality the interactions of British colonialism in North America were generally incredibly brutal and violent. Even in the same Plymouth colony, Wampanoag had been taken as slaves by European explorers and engaged in skirmishes. After the feast as well, the alliance between the groups deteriorated, culminating in the bloody King Phillip’s War of 1675, where thousands of Native Americans were killed. Yet ask any American today whether they are more familiar with King Phillip’s War or the Mayflower, and the answer will almost certainly be the latter.

With one simple children’s story, thousands of indegenous deaths are practically erased; in the name of promoting peace and thankfulness, the United States ignores the bloody stain that is apparent at its very founding. This is a trade we cannot make and a discrepancy that is not only entirely wrong, but dangerous. As we promote the myths of Thanksgiving, we justify the harsh colonization of our country and continue to dwell in a white narrative that is a weed rooted in our culture.

We need to stop feeding ourselves sugarcoated lies, stop making excuses of patriotic glory, and stop denying responsibility for the maltreatment of Native Americans at the hands of our own country. We need to accept the historical facts rather than a confused falsehood.