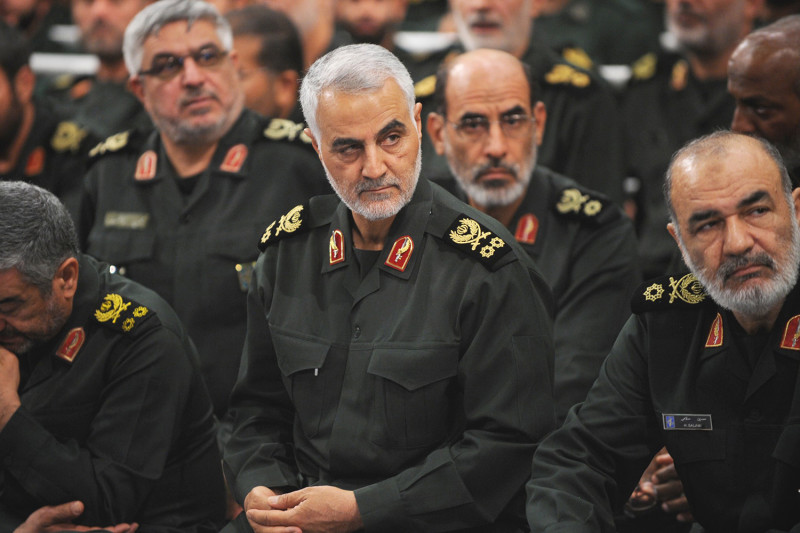 What a new year it has been. In less than a month, the United States has tangled in an Iranian crisis threatening the Middle East; not to mention the smoldering unrest that still remains in Venezuela, Hong Kong, and India.

It’s a turbulent start to a decade. Even after a holiday season of good wishes, an ominous future looms. Though some may dream of a year of peace, it’s already been a year of bloodshed. We are living through a frightening age in global politics.

Earlier this month, an American drone strike on a Iraqi airport killed a group of Iranian officials including political leader Major General Qassim Suleimani. It’s hard to even begin to rationalize such a rash and arrogant act that our current administration has committed, to enter a foreign country we are not at war with and selectively murder an Iranian official. The only plausible parallel happened more than a hundred years ago, with the assasination of Austrian Archduke Franz Ferdinand. And what were the consequences of that event: World War I, five tragic years that slaughtered upwards of twenty million people.

Obviously, no world war has begun in the past ten days. Yet the situation is no less frightening, as the potential for violence remains. We no longer have trenches and grand battles- modern governments have much more insidious tools. We choose sanctions, to slowly starve civilians, missiles, for deadly accuracy, and cyberwarfare, for invisible subversion. Already Iran has struck bases in Iraq, drawn out of nuclear accords, and we have committed to suppressing their economy.

This method is not constructive: already these escalations and de-escalations have achieved little besides being a pompous show of American power. This method is not sustainable: we waste taxpayer dollars on imperialist efforts that gain us little while Iran is subjected to economic destruction. This method is dangerous: already Trump has imperiled priceless cultural sites not to mention civilian and military lives.

We can’t just roll our dice in the Middle East and ignore the negative consequences. We need to own up to our mistakes and withdraw from a rigged game. Yet we stay, consistently intimidating smaller nations and for what? To feel good about ourselves. To gain gory glory? Or is it for that scintillating term that strikes a deep resonance in the heart of every pure American: terrorism.

The word that conjures up images of cloaked bombers, infiltrating secretly into our nation.

But the question must be asked, who are the terrorists in this situation? Who initiated a focused and intentional attack to destabilize another nation. And the blame rests solely on ourselves; we cannot hide behind a justification of victimhood.

Throwing blame and citing terrorism is not a phenomenon unique to the US. Halfway around the globe, India is engaged in a civil crisis. Prime Minister Narendra Modi has enacted a citizenship bill that favors Hindu, Jain, and Sikh migrants while threatening to expel millions of Muslims from the nation. Modi’s attempts to create the equivalent of a theocratic state is extremely dangerous, especially in a diverse country such as India. Violence and bloody protests have broken out throughout India, and nowhere is the malevolent intentions of the Modi administration more visible than the northern region of Kashmir.

Mass arrests, military occupation, and severed communication are just of the few authoritarian actions that India has taken, depriving citizens of their human rights in an effort to quell the region’s anti-government sentiment. It is despicable that the international community has ignored these blatant violations of personal and religious freedoms and allowed this occupation to continue for months. And even scarier, Indian officials have recently suggested “deradicalization” camps to forcibly reeducate Kashmiri Muslims.

The parallels to pre-war Germany are chilling. The pogroms have already occured, state governments have stood by the organized murder of thousands. An extreme right wing party, Modi’s BJP, has been voted in to office and gained a majority in parliament. And now veritable concentration camps have been proposed. The facist underpinnings of a genocide are being built in the largest democracy on earth, and the consequences, both current and predicted, are staggering.

What unites these two crises, Iran and India, is nationalism and Islamophobia, underlying motives that have darkly colored this new year. Whether its to preserve Judeo-Christian values or Hindu ones, these governments have committed to annihilation of others. They are not acting in a way that is secular, humane, or moral. Instead, they are mirroring decades old mistakes (albeit with bigger bombs clutched in their grubby fingers), and endangering future generations.

Welcome to the nightmares of the 2020s.