The Greylock Echo • May 22, 2020 • https://greylockecho.mgrhs.org/5053/artsandliving/maguire-holland-or-garfield-who-is-the-best-spidey/

Maguire, Holland, or Garfield: Who is the best Spidey? 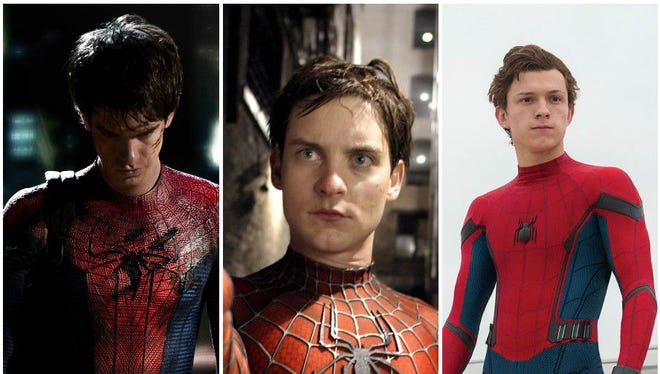 Spiderman has become one of the world’s most popular Marvel characters. The comic books date back to 1962, and in 2002, the first live action movie came out. Since then, three actors have played the webslinger: Tobey Maguire, Andrew Garfield, and Tom Holland. That begs the question: who is the greatest of the three?

We’ll start with the man who first brought the character to the screen in the 21st century, Tobey Maguire. Maguire was in the first trilogy of movies and is therefore heralded as the man who truly brought the arachnid to life. Most people will argue, however, that he is not as great as advertised.

Here’s my take: Tobey Maguire is a better Spiderman than he is Peter Parker. He was not a bad Peter Parker. I just think that he looks a bit too old. Peter is supposed to be in high school, but Maguire’s character looks like a college student, perhaps even older. That is not a terrible difference, yet it does not fit with the story. That said, he played a decent Spiderman. Maguire’s rendition of Spiderman is admirable and he fits the role well.

The Amazing Spiderman movies are completely new to me; in fact, I only heard about them a couple days ago. But seeing as Andrew Garfield is also someone who has graced the screen as the web slinging warrior, I feel like I need to mention him.

The main argument against Garfield is that people say his Peter Parker was too “cool.” To be totally honest, I can see their point. Peter Parker is supposed to be a nerdy high schooler. Garfield’s Peter, on the other hand, was popular, skateboarding to school every day. He had this scene in which he shows up Flash while toying with a basketball. And, as in the case of Maguire, Garfield’s Peter looks a bit too mature. Garfield’s saving grace was how he played Spiderman, funnier and more sarcastic. He spews a ton of quips, but it marries perfectly with the character.

Garfield’s take was a slightly more destructive Spiderman. He left more crashes and things in his wake and was a bit darker.

One of the things that gave the movies a little stability was the romance factor and a little more prominent in the Amazing Spiderman duo. Most people will allow the films that credit. Hence, it’s not all bad for Andrew, but he didn’t really catch too many eyes.

The reason that most people prefer Tom Holland is he fits better with the part. He looks younger than the other two and is the “right kind” of nerdy. Peter gets good grades, builds computers, and puts together Lego Death Stars with his friend Ned. Tom Holland’s Spiderman is more youthful and generally more fun to watch. I know that most will say that he is made better by MCU (Marvel Cinematic Universe). His innocence in some of the cases makes for a more entertaining Spiderman. To be fair, Tom Holland’s character doesn’t have the backstory or motivation that Maguire’s character does. Maguire’s Peter Parker’s motivation is that his Uncle Ben was killed due to his mistake and he is trying to make up for it. Tom Holland’s character’s motivation is that he wants to impress Tony Stark so he can become an Avenger. The big difference is this: whilst the other two have one aspect that is a little off, Holland’s “Spidey” has a combo of a well-played Spiderman and a relatable Peter Parker.