Maud Mandel on Williams College Reopening Plan: “At a Certain Point We Just Had to Make a Decision” 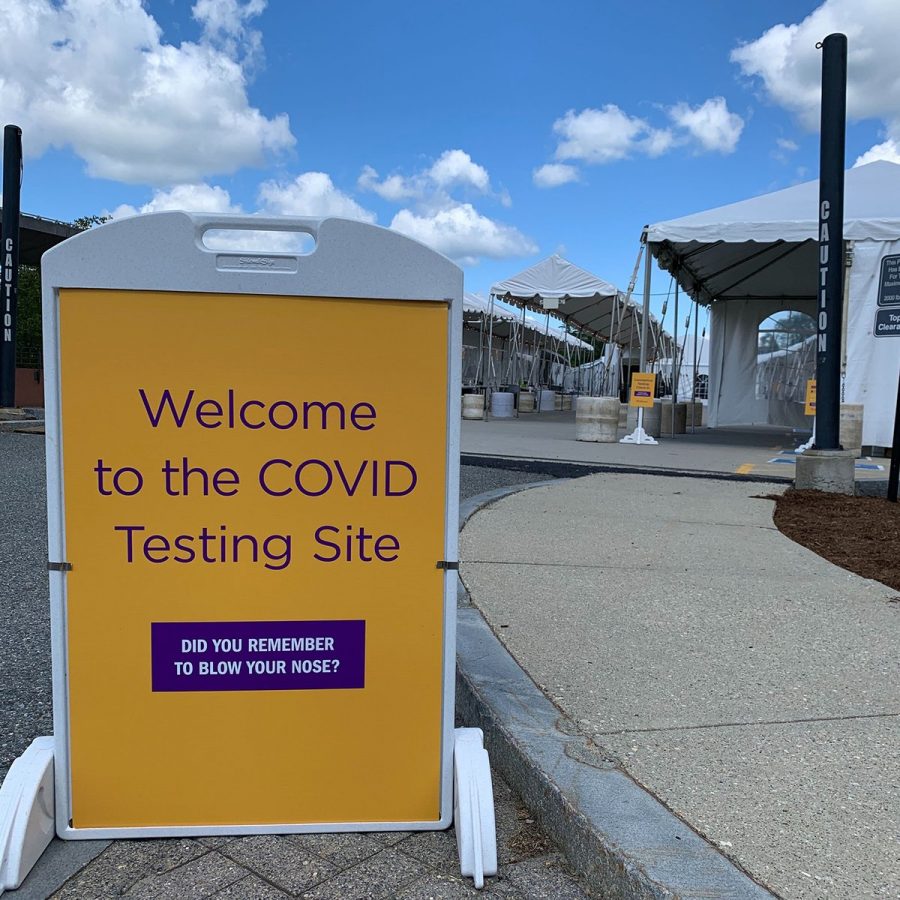 On June 29th, Williams College made the decision to bring students back to campus in the fall for an in-person semester. The college has put in place a plan developed to keep the spread of COVID-19 to a minimum, while still providing students with an in-person education.

“Pretty much right after we decided to go remote in March, we started to have to think about what we were going to do in the fall,” said Maud Mandel, President of Williams College.

Two committees were formed to guide this decision process. The first committee was charged with figuring out if Williams could safely bring students back to campus, and what would have to be implemented to do so. The second worked on how to launch a remote symmetric learning system.

“Sometime in the middle of June, it became clear that the committee that was working on opening safely had enough of the pieces in place that we thought we could do it,” said Mandel. “But a good plan is only as good as the ability to implement it.”

According to her, safely opening relied on “first and foremost having a testing infrastructure that would allow us to rapidly and efficiently test all the members of our community.”

Once the plan was put in place, Williams began welcoming students back to campus for the fall semester, while also providing a remote option. 71% of students are on campus, 16% of students have decided to remain remote, and 13% have taken a semester off or a gap year.

As of right now, Williams plans to send students home at Thanksgiving break and bring them back come February.

Jim Reische, the communications officer for Williams, said, “The vast majority of students will leave at Thanksgiving time, and then they’ll be remote for the rest of the semester.” He added, “Some students for whom they have a difficult situation at home, they can’t study there, in some cases it’s not safe, will be able to request that they can stay on campus, just like they did over the summer.”

The Broad Institute, a genomics lab in Cambridge, is supplying Williams with tests for students, faculty, and staff. Mandel said, “It is really because of Broad that we could open because they provide affordable, rapid testing to all of us.”

When students arrived on campus, they were tested immediately before going to their dorms. They then went into quarantine for the next five to seven days, and received one more test during that time. “We ask them to wait about two days before they get their second test,” Reische said. This is to ensure that if a student is exposed, they are not tested too soon for it to show up on the test. Most tests come back in around twenty-four hours.”

After that time in quarantine, students will be tested once a week, as will the faculty and staff. However, Riesche said, “We’re trying to go to twice a week [for the students]. Right now we’re at once and it’s been going super smoothly.”

So far this fall, two Williams students have received positive COVID tests. When a student is infected, the college puts them into isolation rooms, which are dorm rooms that have been set aside for this purpose. The college then traces the infected student’s contacts to prevent further spread.

“We always knew that there would be cases on campus. But the goal wasn’t to pretend that we could have zero cases, the goal was to catch them as soon as possible and help people out and also make sure it doesn’t get spread,” Reische said.

Win Stuebner, who is on the Williamstown Board of Health, said, “Every student that comes in has to be dropped off by their mom or dad or whoever brings them at the checkpoint, and then wave goodbye to them right there.”

Each student is given their own dorm room, but shares a bathroom with the other people in their pod. Those pods are made up of around six to ten people. “They’re essentially a family unit,” Reische said. “They don’t have to wear masks when they’re socializing with each other.”

The pods usually contain the people in dorms on the same floor, who are already sharing hallways and bathrooms. Reische said, “It gives them a little bit of a cohort of people they can hang out with safely.”

Other than that, though, students must wear masks anytime they are outside, in class, in the common rooms of their dorms, or in a different building.

Students must also wear masks when they are outside with their “cohorts.” Reische said, “We’re asking them to do it basically for the sake of perception so that people don’t get confused and stressed out that students aren’t being careful. When people from the same pod are in their own space, they don’t have to wear a mask because they’re all living together.”

Williams has also set campus boundaries which students are not allowed to step out of. The boundary stretches from Cole Field to the Taconic Golf Club. Within it lies The Clark Art Institute, giving students more space to go on walks and hikes.

When a student does not follow the rules and regulations Williams had put in place, they are sent home and must switch to remote learning. So far, two students have been sent home. However, “Most students really seem to be following these protocols,” Stuebner said. “They’re not fooling around.”

The Williams reopening plan has also impacted its surrounding community. The public school district (made up of Williamstown Elementary School, Lanesboro Elementary School, and Mount Greylock High School) has decided to remain entirely remote until October 5th. One of the reasons the local teacher’s union had cited for not wanting to return in person was the opening of Williams, fearing that it would lead to community spread.

While Williams had originally planned to wait to release their reopening plan until after the public schools had, they could not wait.

She said, “One of the things that was important to us was to get our own childcare facility back online which we were able to do. Many children [of Williams staff and faculty members] are in the school system and we thought that flexibility would help them figure out their schedules.”

Mandel said that to help the public school system, Williams has been testing students, staff and faculty, to “really do our part to make sure that we weren’t contributing to the kinds of problems that the school was fearing,” said Mandel. “The main thing we did was a collaborative project to promote public health behavior. So some of those signs you see on Spring Street was a collaboration between the town and the college.”

Some community members have expressed concerns about students living in off-campus housing, but Stuebner said, “We at the Board of Health have spoken to all the landlords who are very, very cooperative. And the college has actually spoken to all the representatives from each of the off campus houses. They can be fined up to $500 for disregarding the rules.”

“I can reassure the community that if they run into a student on Spring Street, that’s probably the safest person to run into,” Stuebner said.