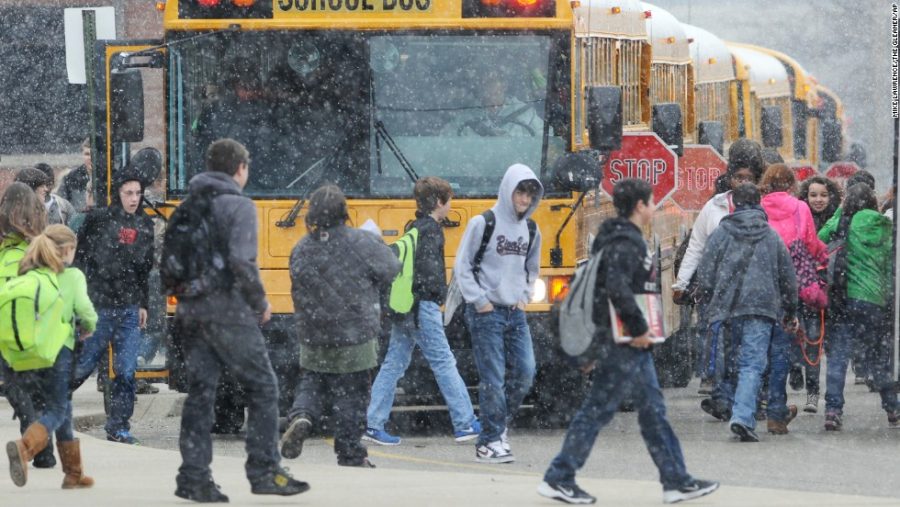 On Monday, November 23, the school committee met with new Superintendent Jason McCandless to discuss a variety of topics, including what snow days will look like during this unconventional school year. A group of teachers and administrators laid out a plan where traditional snow days and two hour delays will be remote days for all students in the district.

“This year,” McCandless said, “with the adeptness that our students and our staff are showing with remote learning, we did opt to pursue and take advantage of the commissioners offer to look at snow days as remote days.”

McCandless recalled listening to the radio and turning on the TV when he was in school, hoping that the announcers would say his school’s name. He called snow days a “gift from the skies,” but he believed that remote days will help maximize the amount of learning in a shortened and different year.

McCandless felt that two hour delays would be “one more set of gears that needed to mesh in an already crammed full gearbox as we try to get our work done this year with students.”

School Committee member Carolyn Greene emphasized that the commissioner of education set this plan for just this year. Assuming students are back in school full time in coming years, snow days will return to the more traditional format.

School Committee member Michelle Johnson said more remote days is not what students and teachers want and would cause more trouble for families.

Freshman Lexi Politis had a feeling that snow days would be remote days this year. Politis said, “I would rather have a couple snow days even if we have to make them up at the end of the year. There’s nothing better than waking up and finding out you have a day off.”

Junior Anthony Welch said, “I guess it kind of makes sense to do that, especially in today’s world, but it definitely is a bit of a bummer.”

Welch said McCandless is “throwing us a bone” by giving students two snow days after February break. “After February break is kind of pointless; we don’t really get that much snow after that in any great amount. During the month of March, we don’t have any breaks or days off, so it’s a good thing that we can use those in March.”

But Welch did say that the decision may benefit students in AP classes: “We started 10 days late with the (AP) test dates already set, so it definitely will help that scenario for the future.” The AP tests are on set dates, so extra days to prepare may be helpful.

English teacher Jessica Cook expressed her disappointment in the decision; she said snow days are “a nice surprise breather.”

Cook said, “I think at a school where most students and teachers are going above and beyond pretty much everyday, those unexpected breaks are more valuable than we like to admit…a snow day is a gift where students know they can take a breather, and teachers don’t feel obligated to fill their day with work.”

As a parent of a second grader at WES, Cook feels as though it’s probably going to be a challenge for the young students to understand. “When I have to tell my son that there aren’t going to be any more (snow days), that’s going to be complicated. Elementary school kids are trying to deal with 56 new things that they don’t understand. I feel like now we are just adding another thing…and it seems unnecessarily complicated,” said Cook.

When asked about how snow days usually affect her classes, Cook said, “In a regular year, yes, they throw it off, but I still think the reward and the break is worth it. Teachers are, by nature, flexible and it’s worth it to adjust to give kids a break when they need it or when it’s just given to them.”

Cook expressed a worry for teachers traveling in the morning after two hour delays. She said, “If teachers are supposed to come to school, there will be plenty of teachers who can’t come to school if the weather is that bad. At Greylock, we are lucky because Principal Schutz will be flexible. We have a lot of privileges that other schools don’t.”

In general, the Greylock community seemed to be relieved that this is temporary, and will not continue in non-pandemic years. “This is not setting a precedent for the next decade,” McCandless said.