A Brief History of the SAT 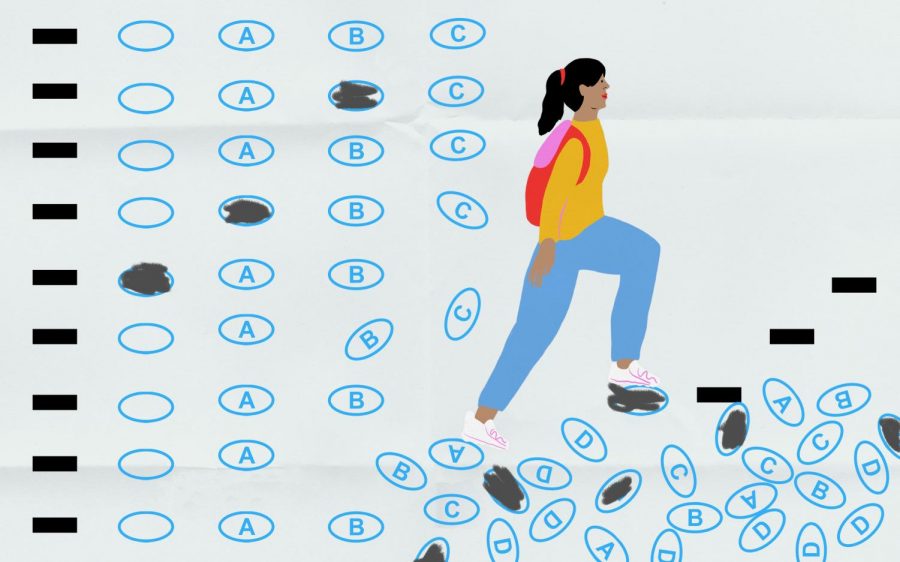 With the recent termination of the SAT subject tests and the already optional essay, there has been a growing call for the College Board to end the SAT once and for all. While the standardized test can cause immense stress, especially for poor test-takers, the main argument for its removal is the layered inequality it illuminates. The SAT’s origins are intertwined with the racist history of the United States, and the test continues to place lower income and minority students at a disadvantage.

The college admissions process used to be unique to each college: each school had their own test. But, at the beginning of the 20th century, America saw an increase in high school graduates and thus, an increase in college applicants. With more applicants, IQ tests began to be used in certain college admission processes in order to set students apart. The College Board, then just a company for New England colleges and universities, decided to make their own standardized IQ-like test. They appointed eugenicist Carl Brigham to create and write the tests for them, and he admittledy created a test to “uphold America’s racial caste system.”

Brigham believed the white race was more powerful and thus the SAT was built to help protect the purity and sanctity of white blood. Brigham’s test was racist and unfair, but the College Board needed a standardized test so they implemented it. The SAT was first administered sparingly in the late 1920’s and then, with the influx of young men from World War II coming home and attending college, Universities around the United States began to rely more heavily on the SAT as a factor in their college admissions process. From then on, the SAT became an integral part of deciding one’s admission to the majority of colleges and universities.

The test has changed since Brigham’s eugenics-based exam, but the SAT still puts lower income and African-American students at a disadvantage.

The SAT is split into two parts: Reading/Writing and Math. Each section is scored out of 800 points and added together to create a score out of 1600. The national average SAT score is a 1059, with the difference between white and Black test takers scores’ averaging at 177 points in favor of white students.

If we look a bit closer at our own Mount Greylock Community, this statistic holds true. For the class of 2018, the average SAT score was a 1217, while the national average for that year was a 1070. Mount Greylock is primarily white and affluent, both of which factors correlate to higher SAT scores.

Another aspect of the SAT people don’t usually think about is the price. The College Board is a massive institution valued at around 1.1 Billion dollars, and they make about 600 million dollars a year by charging 45 dollars for each SAT test. That income excludes the profit they make from AP tests, sending test scores to colleges, and any test retakes.

If you take 3 AP tests and the SAT 3 times during your highschool career, you’ll be paying the College Board $405. Clearly, The College Board makes a massive amount of money from these standardized tests. Even if the tests do illuminate inequalities — and they do — the corporation will not be quick to abolish them. Losing 600 millions dollars a year would make a large difference in the College Board’s yearly income.

Every few years or so, a new study is published proving the inequality surrounding test scores, but the College Board continues to defend themselves. The SAT contributes to the cycle of poverty and wealth in America: students with higher scores will attend more selective schools, leading to a less diverse student body and thus a less diverse workforce in given industries. Despite all of America’s continued efforts towards racial and economic equality, college admissions are still decided by an unfair test originally rooted in the study of eugenics