The Hidden History of Mt. Greylock 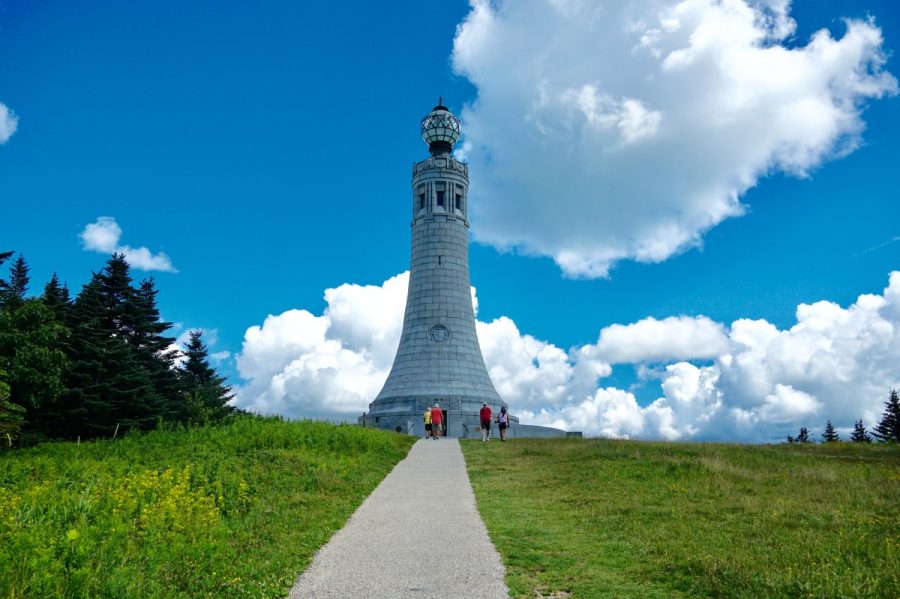 If you’ve ever visited Mt. Greylock (the landmark, not the school), you’ve likely noticed a surplus of both in-state and out-of-state tourists. But most Berkshire residents probably don’t know how it came to be such an attraction. The answer to this question lies in the mountain’s history.

Mt. Greylock has a multifaceted past. It has served as an inspiration for famous novels, been home to a few ghosts, and even hosted skiers from Nazi, Germany.

But at one point, Mt. Greylock was not always such a popular landmark. In fact, it began as extra space for farmer Jeremiah Wilbur in the late 1700s. Wilbur built the first trail up Mt. Greylock in order to connect his farm. After creating this trail, Wilbur decided to open the beautiful summit to others, thus starting the mountain’s tourism.

During this time, many writers began to visit the landmark. Nathaniel Hawthorne writes about his 1838 visit to the mountain both in The American Notebook and in Ethan Brand. In these texts, Hawthorne illuminated some of the more supernatural elements of Mt. Greylock after hiking the mountain in the dark — despite rumors of an alleged witch coven. In Ethan Brand, he tells a gory story about sin.

The eerie history of the mountain even inspired J. K. Rowling used Mount Greylock as the setting of the Ilvermorny school of Witchcraft and Wizardry.

In 1844, Henry David Throeau visited Mt. Greylock and spent the night by the summit. When he awoke the following morning, he was surrounded by thick fog, which he writes about in his first novel.

Herman Melville, another famous author, resided in Pittsfield and used Mt. Greylock as inspiration for Moby Dick. The snow covered mountains reminded him of the foamy sea. He also dedicated his novel, Pierre: or The Ambiguities, to Mt. Greylock.

While Mt. Greylock’s increasing presence in mass culture benefited the economy in the Berkshires, it also brought its fair share of issues.

Many companies began to use the trees on Mt. Greylock for timber. With much of the trees gone, erosion, landslides, and fires began to take over the mountain. Intent on saving the integrity of the landmark, the Greylock Park Association bought 400 acres of the land, all of which was eventually donated to the Commonwealth of Massachusetts. In 1898, the Commonwealth actually took over the entire mountain, making it the first Massachusetts state reservation.

Despite its rich history, many residents of the Berkshires don’t know much about one of the main features of the mountain — the lighthouse-like  tower perched at its top. The Mt. Greylock Veterans War Memorial Tower was originally built in 1932, but has had a bit of a rocky history.

Since then, it has continued to endure hardships and has had to close and reopen several times throughout the years. Around the same time that the memorial was built, the nearby Bascom Lodge was also built, leading to an influx of tourists.

Aside from the monument, the mountain is also home to the Thunderbolt Ski Run, a dangerous ski slope that is mostly used by very advanced skiers.

In 1938, Mt. Greylock hosted the U.S. Eastern Downhill Championship. At this event, the very best skiers from Nazi Germany’s University of Munich competed and ultimately set a new world record. It is said that Hitler himself sent them over to assert athletic dominance over Americans, although this has never been confirmed.

Even before the mountain became a popular destination, rich with culture and history, Berkshire residents in the 18th and 19th century would hike the mountain all the way up to the summit, almost as if they had known they were standing on the highest point of the state. Now, centuries later, the name ‘Mt. Greylock’ stands for more than just the mountain. In the landmark’s shadow sits a high school, similarly rich with culture and history, waiting for its own story to be told.