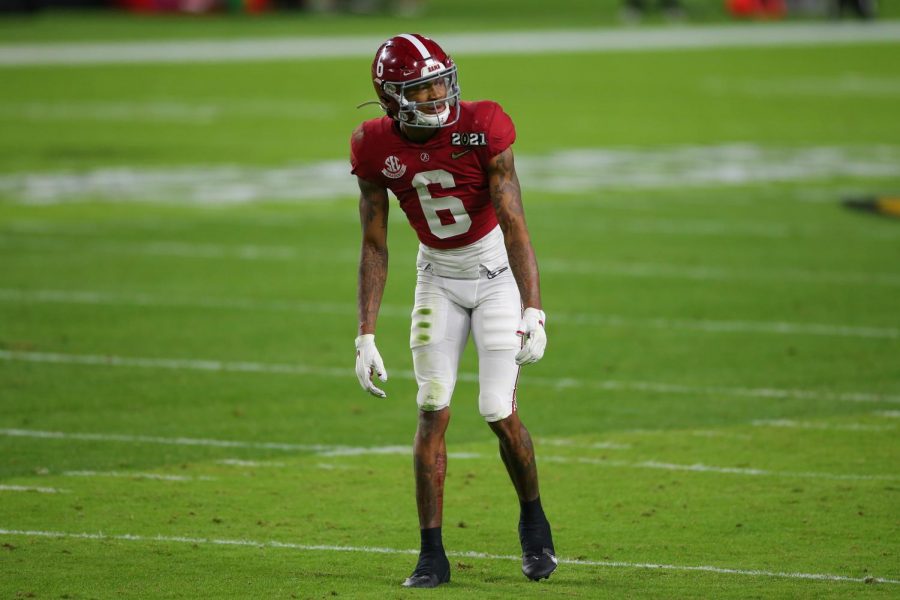 The Heisman trophy is the most prestigious award in all of college football. It is presented to the player who was voted to have the best season by the 870 selected Heisman voters. The award is typically dominated by players in the Quarterback position, as they are given the best opportunity to shine in their position of leadership at the head of their team’s offense.

However, in a year full of unexpected events and changes, it was not much of a surprise that this year’s Heisman trophy went to University of Alabama wide receiver, DeVonta Smith.

Smith was the first wide receiver in 30 years to win the award, and he did so by a significant margin. He won double the number of votes than the runner up, Clemson Quarterback Trevor Lawrence, who at the beginning of the season was projected to run away with the award, receiving 447 out of the 870 total votes tallied. But Smith led the country in receiving yards with 1,856 yard — almost 700 more than the second most yards that season. He also led the country in both touchdowns and receptions, with 23 and 17 respectively. He received these record setting numbers even during the abbreviated season.

These impressive statistics would lead any football-driven mind to think Smith must be an outstanding athlete with a stature to match. However, Smith is quite the opposite.

Smith stands at 6’1”, not short by any means for a receiver. But the real surprise is  his weight: Smith weighs only 175 pounds. Smith looks almost comical as he takes the field, facing up against men who weigh upwards of  300 pound.

Smith’s abilities have constantly been questioned due to his size, but he has not let the slander hold him back.

In his Heisman acceptance speech, Smith said, “I’ve been doubted a lot because of my size, and really it just comes down to if you put your mind to it, you can do it.”

Smith has shocked the sports world this year and hopes to continue to do so as he declares for the 2021 NFL draft, where analysts have him as an early first round pick. Smith hopes to be a role model for all of those who are doubted because of their size by laying his heart out every time he takes the field.

For Smith, the NFL world is his oyster as he hopes to continue to prove the doubters wrong and show the sports world what small guys are made out of.