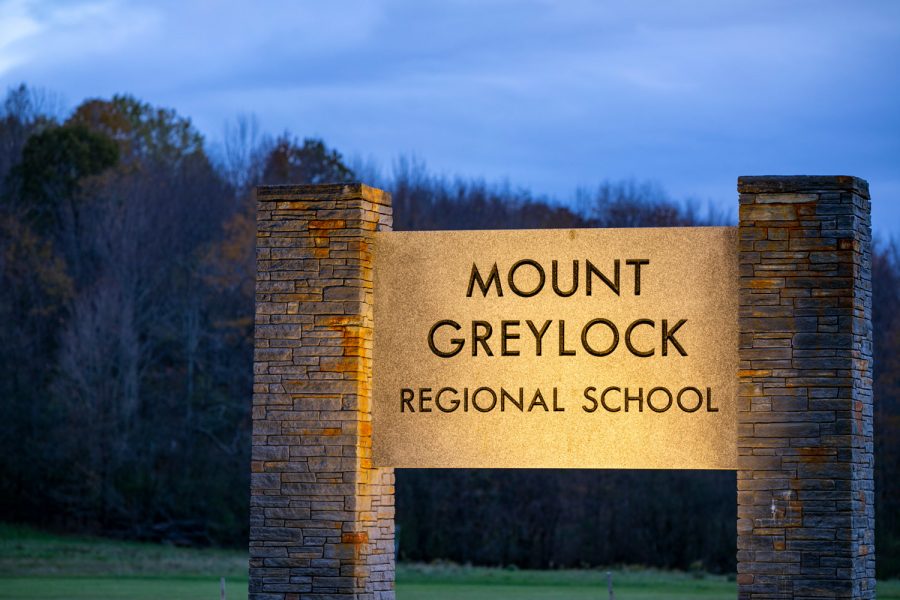 Berkshire County, and Massachusetts in general, similarly lacks diversity. The mean percentage of white students in schools across Massachusetts is sixty percent. Nine percent is Black, twenty percent is Hispanic, seven percent is Asian and four percent is more than two races. The cultural rating for Mount Greylock is .19 out of 1 while the average across the state is .59. This is far below the average.

Even though Greylock does not have much diversity, it does have the Greylock Multicultural Student Union (GMSU). The GMSU’s goals are to tackle problems surrounding cultural diversity and racism. It also tries to educate white students about different cultures.

Priya D’ Souza, one of the club’s presidents, said, “There is not much diversity at Greylock and it’s hard for nonwhite students to find a safe place in a mostly white school.”

When D’Souza first came to Greylock, the GMSU was a safe place where she could interact with other nonwhite students.

“Even though there are places students can go if they are being bullied it’s very awkward to be the only person from their culture,” said D’Souza. For this reason, D’Souza said, “There should be a more diverse faculty and administration so kids can get support from people like them and they can feel more comfortable. We already have paraprofessionals that are nonwhite but a diverse administration would definitely help more.”

Inez Lópes Higgiston, the other president of the GMSU, said, “Most of the school is white which is easy to see aside from the statistics.” Also, Higgiston said, “Apart from having a diverse administration teachers should get more training about how to talk to non-whites, and what words to use in front of them. This will also help the issue of students feeling uncomfortable.”

Higgiston also thinks the school should facilitate more conversations where students of color can open up. Higgiston said “A reason the administration might not completely focus on issues and problems of the ten percent of nonwhite students is because their only 50 kids. But the school should make everyone feel comfortable and they should focus on those 50 kids even if they are only ten percent of the population. They are still students.”

Higgiston also said, “ The administration should talk directly to students about what language to use when around students of color or nonwhites. This will help in making students feel comfortable. ” Higgiston said she thinks there should be strict punishments for students that do commit a racist act or an act that hurts a student of color.

Both Higgston and D’Souza believe that even though Mount Greylock is not very diverse, it is important to support the small group of kids that are nonwhite.