Ford vs Ferrari: Worth the Long Run-Time 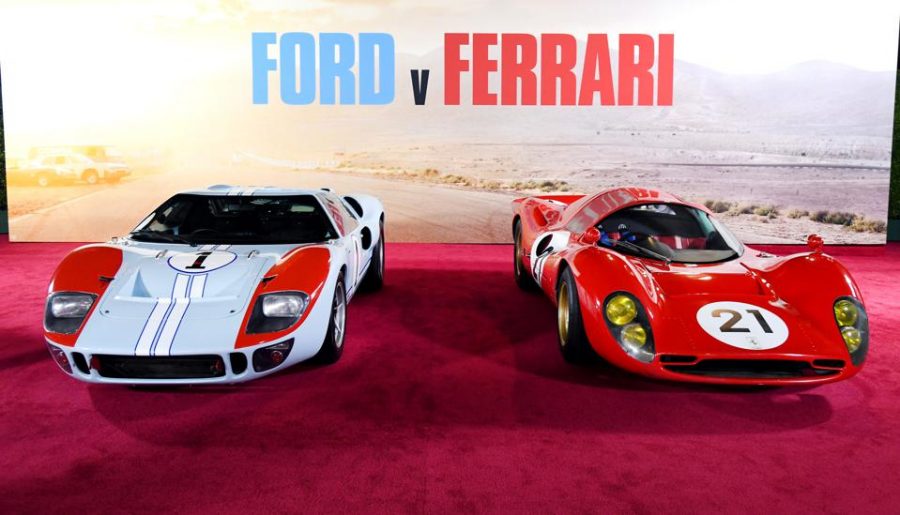 I  thoroughly enjoyed my viewing of Ford vs. Ferrari  and believe it is one of the best films to be released in the last couple of years. The film is well deserving of the many award nominations and critical acclaim it received. The movie tells the true story of Ford building the GT-40 and attempting to beat Ferrari at Le Mans motorsports race in France. The movie stars Matt Damon who plays Carrol Shelby, a car designer. It also stars Christian Bale who plays Ken Miles, a World War II veteran who races the GT-40.

To be completely honest with you, the first time I saw this movie it was late at night and I only expected to get through the first half before falling asleep. But even with a two-hour and thirty-two minute run-time, I managed to watch the whole movie and was fully invested the whole time.

The movie has multiple well-shot racing scenes — in fact, the last third is basically one long racing sequence. Although there are some serious moments in the film, it’s generally lighthearted throughout.

As far as historical accuracy goes, the characters are correctly depicted. The movie portrays Miles, for example, as a sort-of rebel to the Ford executives which is a true characterization. It is also correct that Shelby was a talented racer who sadly was forced to retire from the game due to his heart condition.

That being said, the movie makes it seem like the GT-40 was Ford’s first attempt to design a race-car, but this is untrue. Ford raced the Mk6 GT at Le Mans before the GT-40, though it didn’t do very well.

The movie is edited very well, as supported by its Oscars for Best Sound Editing and Best Film Editing. It was also nominated for Best Picture at the 2020 Academy Awards. It currently has a 92% critics score on Rotten Tomatoes and a 98% audience score. If you think you’d  like a thrilling and fun racing movie and don’t mind the long run-time, this movie is for you.