The Greylock Echo • May 16, 2021 • https://greylockecho.mgrhs.org/5369/opinion/how-the-profit-hungry-academy-awards-hurt-the-film-industry/

How the Profit Hungry Academy Awards Hurt the Film Industry 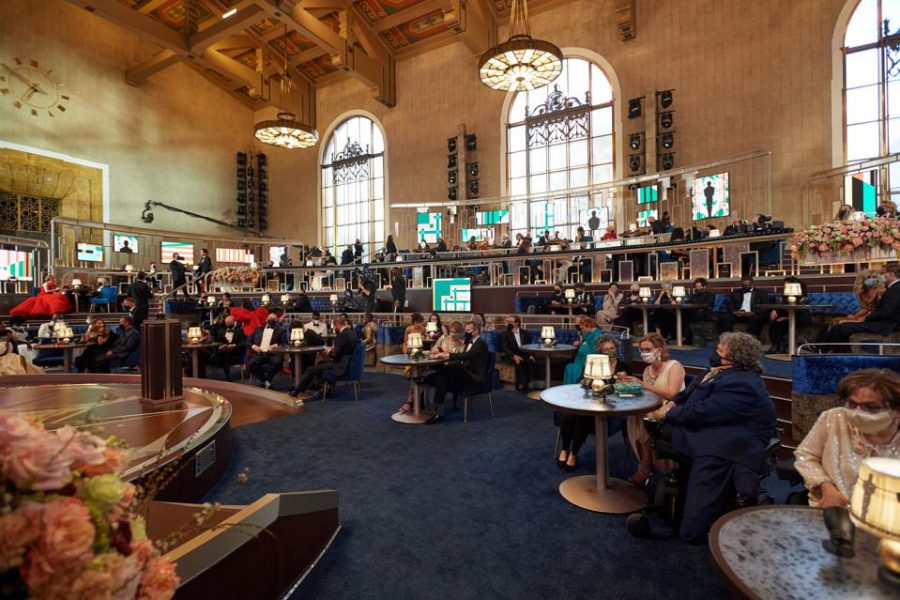 The 2021 Academy Awards were…. different, to say the least. Beyond the venue’s resemblance to the Golden Globes (with celebrities seated at tables),  the various stars video calling in, and the bizarre antics that occurred during the show, this year’s Oscars provided viewers with a prime example of how the Academy Awards damage the film industry.

The ultimate goal of the Oscars is to make money, whether that be through ticket sales for the winning or nominated films or through the amount of TV viewers the Oscars actually pull in. This relationship between the Oscars and film companies is mutually beneficial as long as the Oscars continue to attain high viewership numbers and production studios continue to crank out Oscar winners. Unfortunately, though, this mutualistic relationship has begun to falter in the past few years.

The 2021 Academy Awards saw a 58% decline in viewership compared to the 2020 awards. The Oscars lost a staggering 14 million viewers this year according to Nielsen data. This decline is partly due to the pandemic, but a lot of it also has to do with public outrage over the recent nomination choices made by The Academy. Hashtags such as #OscarsSoWhite have repeatedly flooded social platforms over the past few years. And these complaints, for the most part, are based in fact: between 2016 and 2020, none of the minority winners or nominees in the Oscar’s acting category have been statistically close to the US population of minorities. That means that the Oscars continue to overwhelmingly favor white actors, directors, producers, etc.

The Oscars have long tried to shed the stigma of being an organization plagued with racial imbalances, but the simple fact is that they have yet to prove otherwise.

More concerning to The Academy itself, though, is the drop in viewership. Once viewership begins to drop, the Oscars lose profitability and prestige. Winning the Oscars is always a big boost for sales of that film, but if viewership drops significantly, the winning film won’t see the ridiculous increase in sales an Oscar winner is accustomed to. So, as the benefit of winning the Oscars decreases, The Academy loses money and the trust of the entities that make it up.

That snowballing effect is what ultimately hurts the film industry. The obvious way to fix a decrease in popularity is to remedy the ailment that discourages individuals from interacting with the product. In the case of the Oscars, that would mean nominating and awarding a set of films and actors that are more diverse. Take the 2021 Best Picture nominations: Nomadand, Minari, The Sound of Metal, Mank, The Father, Judas and the Black Messiah, Promising Young Woman, and The Trial of the Chicago 7. These films are significantly more diverse than even the films chosen as nominees for Best Picture in 2020. In 2020, one film was made by an Asian director, and one film was made by a woman. Compare that to 2021 where: two films were made by Asian or Asian American Women, three films were made by women, and only one film was made by Afican American producers/ directors. While the number of nominations for minorities is dismal, The Academy is still making strides towards equality.

So if the 2021 Oscar nominations were more diverse than previous years, why did viewership go down? It was because no one saw the movies! COVID-19 made most movie theater viewing impossible and many of the films The Academy found were from small production studios, making it hard to find the movies online or hear about them because the budget for their advertisement is very small. Letting small production studios win may sound like a good idea, but it makes finding out about and viewing the awarded films very difficult. Once people stop viewing Oscar films, the Oscars lose money and the film production companies that make up The Academy lose money.