Into the Metaverse: A Look at the New World of Virtual Reality 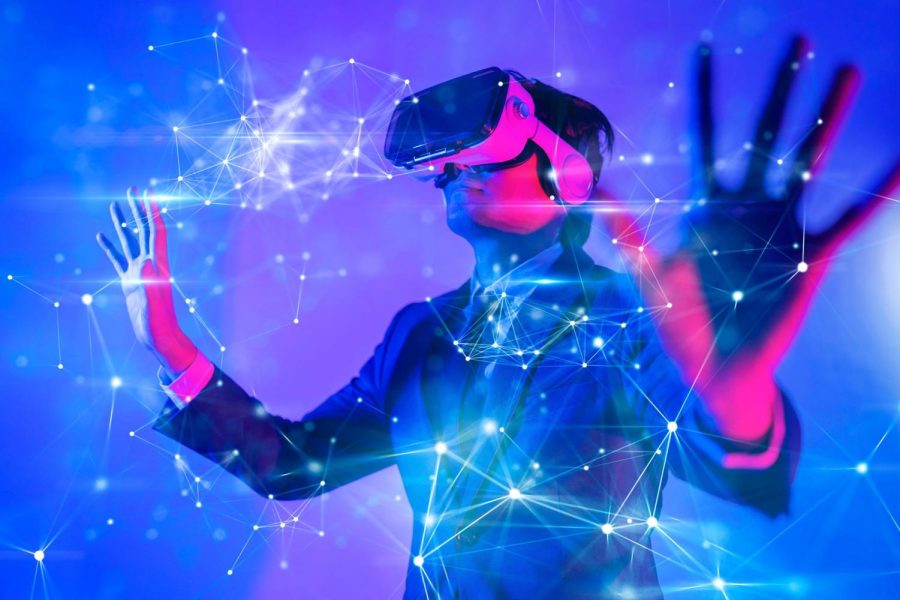 The term “Metaverse” was originally coined by author Neal Stephenson in one of his science fiction novels written in 1992. The idea has since resurfaced, leading many companies to take steps to make their own Metaverse, an up and coming virtual reality accessed through augmented VRs. Many big technology companies are in competition with one another over this new world, such as Mark Zuckerberg with Facebook Horizon and AltspaceVR from Microsoft.

The Metaverse can be obtained electronically through various devices. Some options include the Oculus VR headset from Facebook, phones, and laptops. Each of these devices are accessible in stores and online, allowing easy availability for consumers. With these small portable devices, people are able to enter reality from anywhere, even their own home. Through this purposeful design, people all over the world have a chance to be thrown into a third surrounding environment with the push of a button. The Metaverse allows for people in different locations to play games, meet one another, buy in-game items, and watch shows. Brands like Nike, Adidas, and Chanel have even started acquiring digital spaces and started selling products in the Metaverse.

The Metaverse can provide each user with their own enriching experience. You can submerge yourself into a bright, fluorescent 3D world that provides a new reality different from the present. Customizing your own avatar entices people to spend real world money in-game, even to the extent of buying property and clothing. People can become obsessive with their character as an escape. It creates a new reality where a person’s life falls behind them as they zone in from a headset. This reality initially seems simplistic, yet countless others see Metaverse as a deep topic of conversation with various pros and cons.

This new concept and program further fuels the continuous societal debate surrounding the influence of technology on our lives. Some argue that buying real estate and retail goes too far, while others are intrigued and want more. As thousands of people join the online world, others still might prefer to stay off of it entirely. Could it follow something along the lines of Ready Player One, or one of Stephenson’s novels, Snow Crash? With its endless possibilities, the Metaverse sparks all new questions about the line between real life and a fantasy reality.