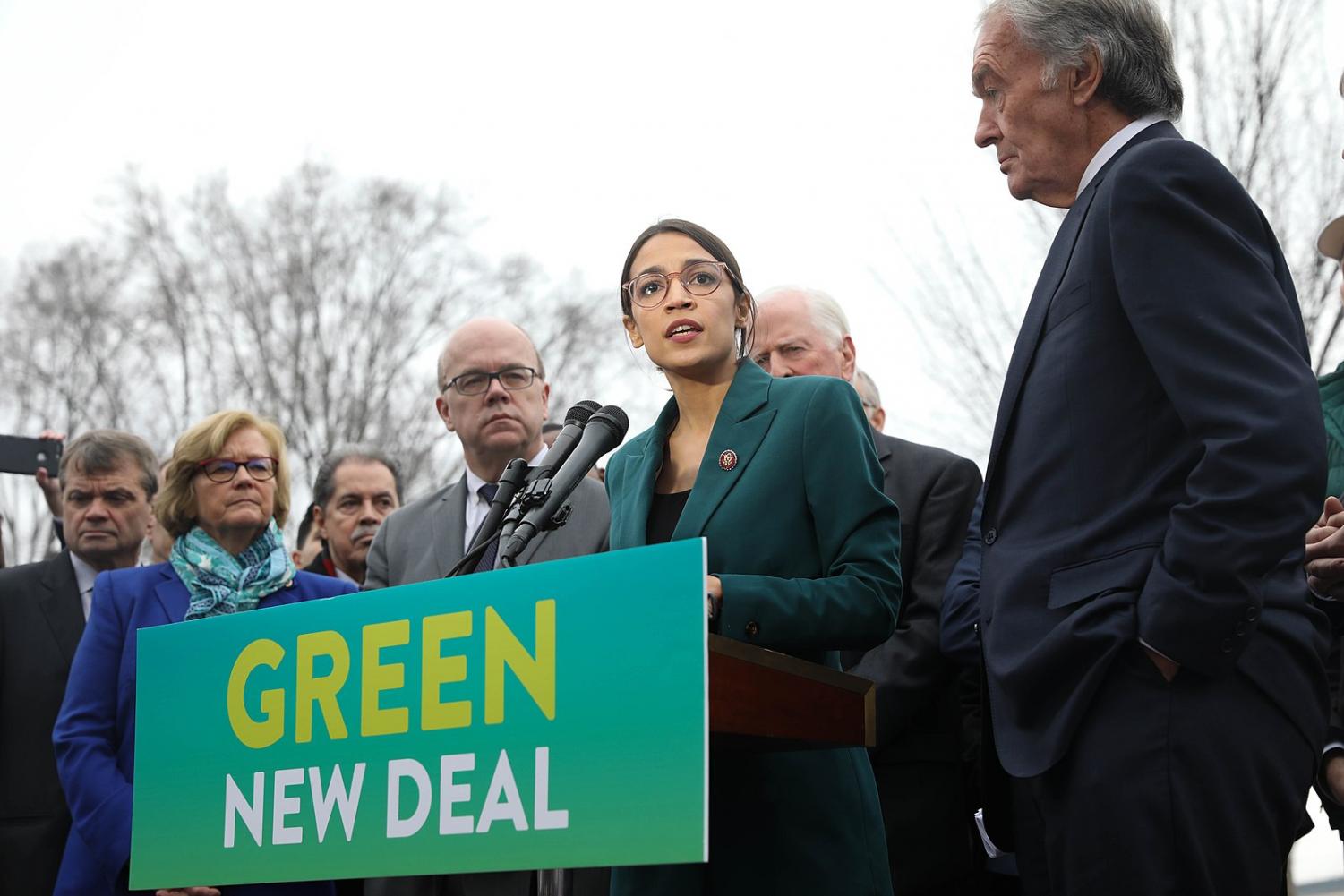 Alexandria Ocasio-Cortez, one of the main proponents of the Green New Deal, has often been accused of being too "radical." (Photo courtesy of Wikimedia Commons)

Alexandria Ocasio-Cortez, one of the main proponents of the Green New Deal, has often been accused of being too "radical."

Opinion: Radical Does Not Mean Misinformed

A few weeks ago, I was one of several students who went to Representative Richard Neal’s Pittsfield office to meet with a staffer about the Green New Deal proposed by Representative Alexandria Ocasio-Cortez and Senator Ed Markey. We had a productive meeting in which we shared our fears about climate change, explained why we support the Green New Deal, and then had a small rally outside. Everyone left feeling optimistic and proud of our civic engagement.

Two hours later, during a break between ballet classes, I checked Facebook to see that iBerkshires had posted a short video from the event. Already, the post had garnered dozens of comments, the majority of which were belittling us for supporting the Green New Deal. Some of the comments mentioned specific reasons that they disagreed with us, which is great; it meant that we started a conversation about how to combat climate change. Most of the comments, though, were written under the assumption that we had not read the resolution — we had — and attacked us for our supposed ignorance and blind faith. Some attacked us for our idiocy. Among other things, they called us idiots who make our country embarrassing, “indoctrinated brats,” “misinformed,” “clueless,” and, simply, “GARBAGE!”

I wasn’t bothered so much by the fact that the comments were attacking my friends and me as I was by the undercurrent they revealed. These adults were fast to berate and discount teenagers they had never met for supporting a sweeping resolution, assuming that to support broad change, one must be either unaware of what they are supporting, oblivious to the methods through which laws get passed, or just plain stupid. This mindset doesn’t just undermine the severity of climate change. It ignores the history of our country.

Without changes that were at one point perceived as too radical, America wouldn’t have Social Security, basic workers’ rights, women and people of color in the workforce and running for office, or an end to the Jim Crow era. Most of these issues are by no means resolved, but it took protests, sweeping resolutions, and office visits to get to where we are today. On a larger scale, without radical change, neither Protestantism nor the United States of America would exist.

Without changes that were at one point perceived as too radical, America wouldn’t have Social Security, basic workers’ rights, women and people of color in the workforce and running for office, or an end to the Jim Crow era.”

I completely understand that big proposals can seem daunting or scary, but, at certain points in our country and the world’s history, they have been necessary. Calls for action, even if the particulars of the laws have not yet been flushed out, invite a dialogue by garnering attention and interest for the issue. Dismissing proponents of big ideas as childish simply because the scope is large – and not on the basis of the ideas themselves – closes off that dialogue and therefore limits the range of creative ideas to consider.

When we face a problem brought on by humans as massive and urgent as climate change, it’s completely necessary to advocate for ideas that are big enough to make some people uncomfortable. The climate fires in California and the hurricanes in Puerto Rico have already made people a lot more uncomfortable. Turning our backs to this problem and continuing to only consider small-scale, cautious legislation will exacerbate that discomfort.

The Green New Deal might not be the right or only solution to solving this problem! We must have conversations and debates about what climate legislation should look like and how it should be implemented. In those debates, though, we should be open to all ideas, no matter how radical they sound. Rather than personally attacking us, those who object to the Green New Deal should hear us out and consider the principle takeaway: we are all trying to save the planet and make the world a better place.

3 Responses to “Opinion: Radical Does Not Mean Misinformed”